The Coming of Big Sky Resort

Members of the Crail Family

Beginning in the early 1900s, and continuing for more than 50 years, Crail Ranch grew from a small homestead cabin to an active ranching operation with livestock and wheat fields,  ultimately encompassing 960 acres and as many as ten buildings, of which only two remain.

The first visitors to the area now called Big Sky were Indians at the hunter/gatherer level who used the area for at least 9,000 years, during their seasonal search for resources.

Shoshone, Bannock, Nez Perce, Crow, and others trekked along the Gallatin Crest and camped on the Gallatin River at confluences of many creeks and tributaries to that river.

In 1806, Lewis and Clark explored the three rivers that joined to form the Missouri. They named the easternmost of those rivers after Albert Gallatin, the Secretary of the Treasury who managed the funding for their expedition. Mountain men trapped fur-bearing animals along the river and its tributaries in the early 1800s. Later a few prospectors visited the canyon to search for valuable minerals. 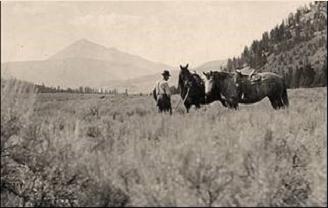 Emmett Crail in Open Meadow about 1918

By the 1880s, ranchers began moving herds of sheep, cattle, and horses over the pass from the Madison Valley and up the Gallatin Canyon logging road in the summer months, seeking the meadows in the small tributary drainages.

By the late 1890s, under the provisions of the Homestead Act and the Land Revision Act, a few ranchers began building cabins and staking out 160 acre homesteads in what is now the Big Sky area. One of these homesteaders was Augustus Franklin Crail.

With the establishment of Yellowstone Park in 1872, and the coming of the railroads to the Bozeman area in the 1880s, the move to open up the Gallatin Canyon gained momentum.  The first roads along the Gallatin River were cut to facilitate logging of pine trees for railroad ties.

Born in Indiana in 1842, Crail came to Montana shortly after the Civil War. He worked at farming and was a freighter for a time.  In 1886, he married Sallie Creek, an educated younger woman from Missouri, and together they had three children – Eugene in 1887, Emmett in 1888, and Lilian in 1896. 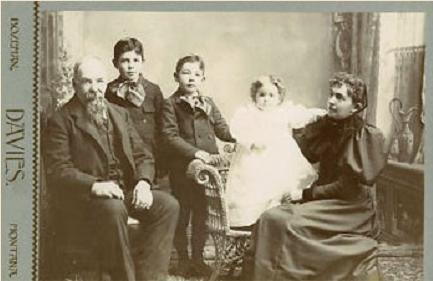 In December 1901, after a term as Clerk of the 9th District Court in Bozeman, Crail decided to return to ranching, purchasing a 160-acre homestead in the Gallatin Basin for $150 from Daniel Inabnit.

In the spring of 1902, Crail moved his family from Bozeman into the small cabin that is still on the property.  Within a few years, the Crail family built the larger main cabin on the very site on which it sits today.

The Crail family annexed  several additional parcels under various provisions of the Homestead Act turning their small homestead into a productive ranching operation with huge hay barns, a forge, a sawmill and other ranch buildings. Crail Ranch operated as a real stock ranch longer than any other ranch in the area.

After A.F. Crail died in 1924, son Emmett worked the Ranch until 1950 and then sold to the Humes and the Boas, who operated the Ranch partly as a working ranch and partly as a dude ranch during the 1950s. 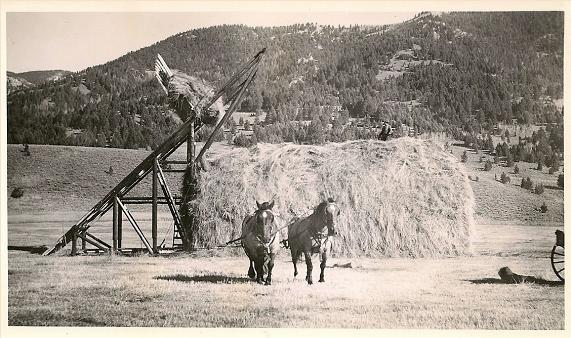 Beaverslide in action on Crail Ranch

A major change to the ranch, made by Mrs. Hume, was the relocation of the small cabin from its original location, a few yards to the west of the main cabin, to its current location.

In the early 1960s, the Humes sold the Ranch to a cattleman named Sam Smeding, who did not live in the buildings but used them as storage for his work. 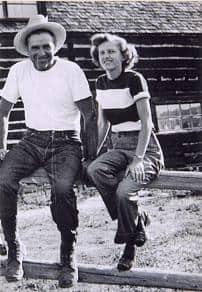 The Coming of Big Sky Resort

In the late 1960s, a consortium led by retired TV newscaster Chet Huntley purchased the Crail Ranch from Smeding, intending the land to become part of the planned Big Sky Resort.

During construction of the Big Sky Resort in the early 1970s, the Crail Ranch buildings were used to house workers building the ski area and the golf course. During this time, the smaller cabin sustained a fire that nearly gutted it entirely. Evidence of the fire can still be seen on some of the exterior logs.

After the Big Sky Resort stopped using the Crail Ranch buildings, a group of Big Sky women and men secured the buildings for the community, eventually placing them on the National Register of Historic Places.

The Big Sky Owner’s Association has been around since the beginning of the Big Sky Community. In its 40+ years of history, the BSOA has had many responsibilities and assisted in the growth of the community. To honor that history BSOA staff and members created a short video.  See the beginnings and growth of Big Sky through the memories of J. David Penwell, who was responsible for incorporating the association.