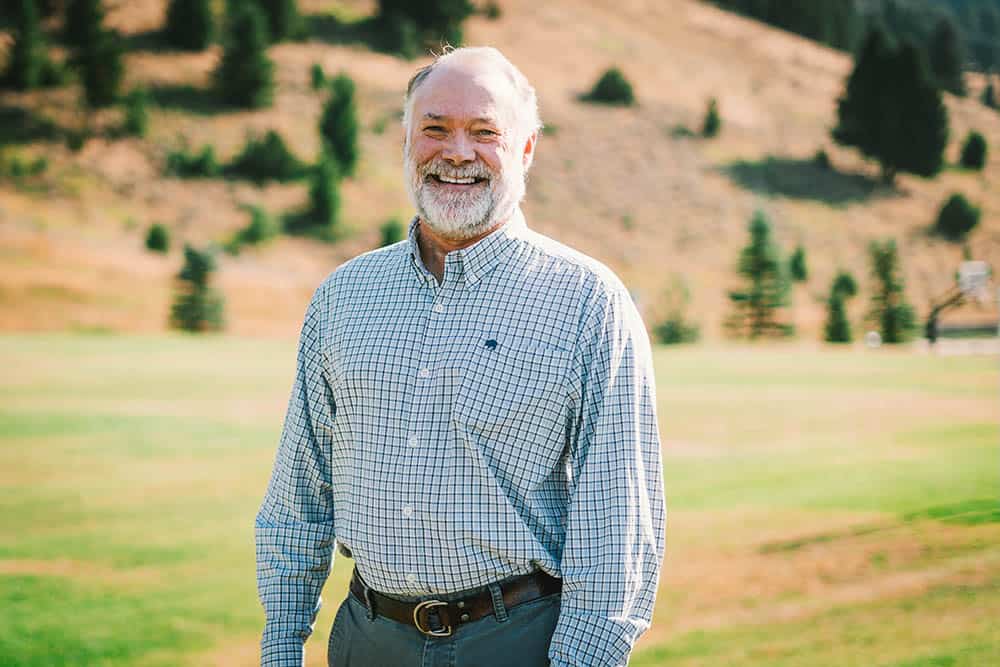 After graduating from Davidson College in 1988, Whitney became the Headmaster of Ideleri Secondary School in western Kenya where he lived for nearly two years.  This experience launched a career of collaborative entrepreneurial leadership that brought him to Big Sky in March, 2021.

Soon after returning from Kenya, Whitney had a three-year stint as a grant writer before founding Just Fresh A Bakery Café, the southeast’s first quick-serve healthy food and beverage concept.  For 13 years, Whitney served as the CEO growing the company to 16 units including a franchise program.  He and his investors sold the company in 2006 to a strategic buyer.

Apart from his career, Whitney enjoys recreating in the mountains or on the water.  He is passionate about skiing, cycling, hiking, and paddling.  He loves live music too.  He and his wife, Lindsay, have five children living and thriving in different parts of the US. 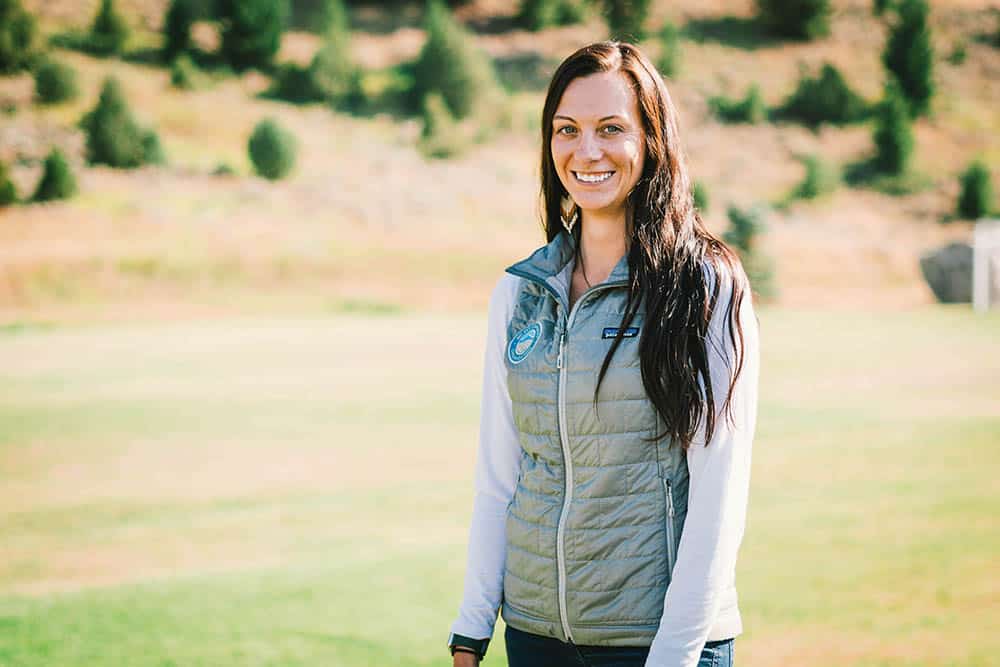 Ashley grew up in Michigan and its there that she obtained her degree in business. She made the move to Montana after making several trips to Big Sky and discovering the beautiful mountains and endless recreational opportunities surrounding us. Her passion for the Big Sky community, love for the mountains and all things outdoors were the driving force in joining BSCO. “The sense of community in Big Sky is what makes it such a special place. There is this undeniable sense of something special here and, for me, it’s the people. The people are what makes this town so great and, working with BSCO gives me the opportunity to be involved in making this place even more special.”

Outside of work, Ashley serves as the President for SWMMBA Big Sky Chapter and board member of the Gallatin River Taskforce. You can catch Ashley spending her free time with her husband, Drew and their husky, Juneau enjoying all the recreational opportunities that surround us either mountain biking, camping, skiing, hiking, or on the river.

Raised in Tennessee & a graduate of Vanderbilt University, Madeleine discovered Big Sky while taking a summer off from teaching high school in Memphis. As is all too often the story in Big Sky, once she found the mountains, she vowed to never leave them. After graduating with a master’s degree in French and Francophone Studies from Colorado State University, Madeleine returned to Big Sky to devote the next 20 years to a career in hospitality at Big Sky Resort serving as the Huntley Lodge General Manager for the last 4 years.

From her time living abroad in France to serving as a Board Member on the Parks District Board, Madeleine brings a wide range of experience to the BSCO and BASE.

Outside of work, Madeleine’s other passion is her family. Whether it’s time at the lake, on a trail, or wherever, it is time well spent if her husband, two girls and two labs are by her side. 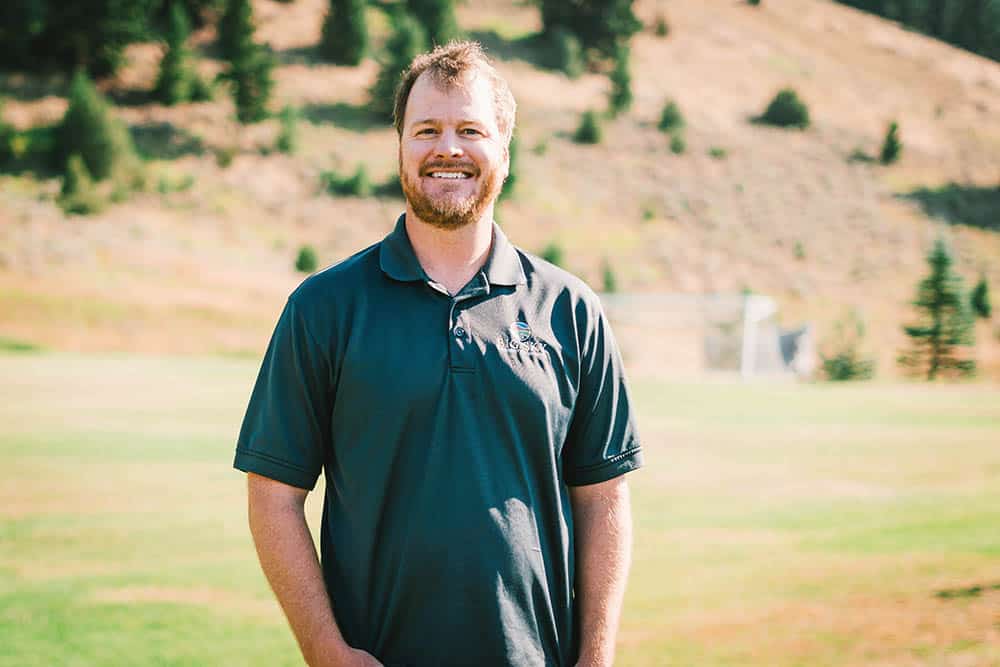 Originally from Minnesota, Jeff moved to Montana in 2003 to attend school at the University of Montana. He moved to Big Sky in 2008 to fulfill his skiing addiction. After working as a raft guide, ski patroller, and park ranger, Jeff joined the BSCO in 2018. He enjoys spending time with his wife and son, playing in the mountains, being on the river, and living life. 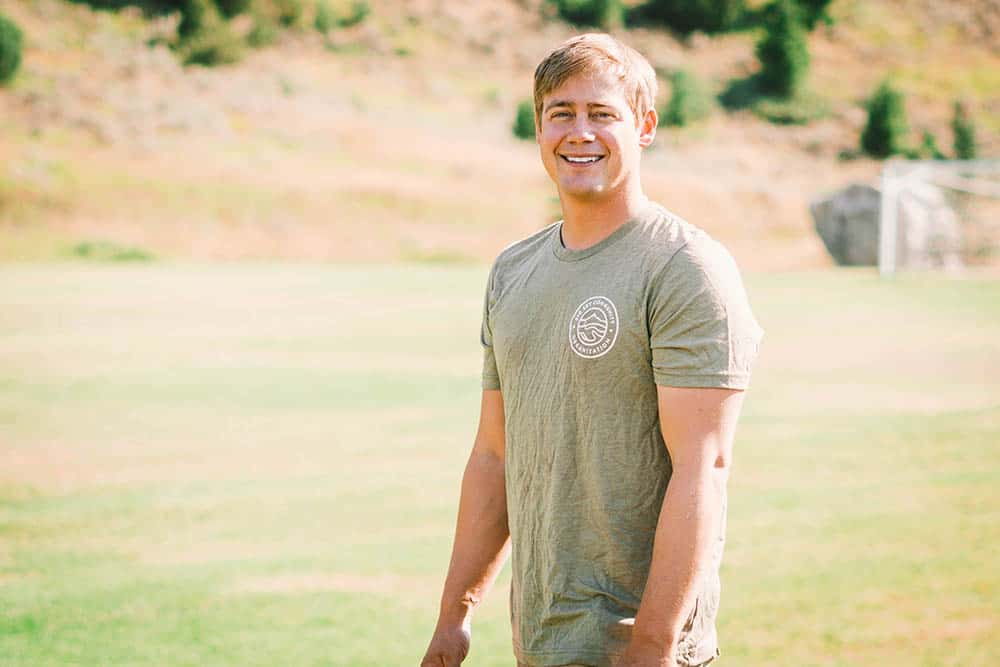 Born and raised in New England, Marco fell in love with Greater Yellowstone after visiting family in the area. The picturesque land surrounding Big Sky, river access, and skiing made the decision to call home here easy.  Marco brings years of experience in arboriculture and building trails as well as his talents as a photographer to the Big Sky Community Organization team.  When not at work in the park on the trails or at BASE, Marco can be found skiing, rock climbing, fishing, and out hiking and biking with his wife and dog. 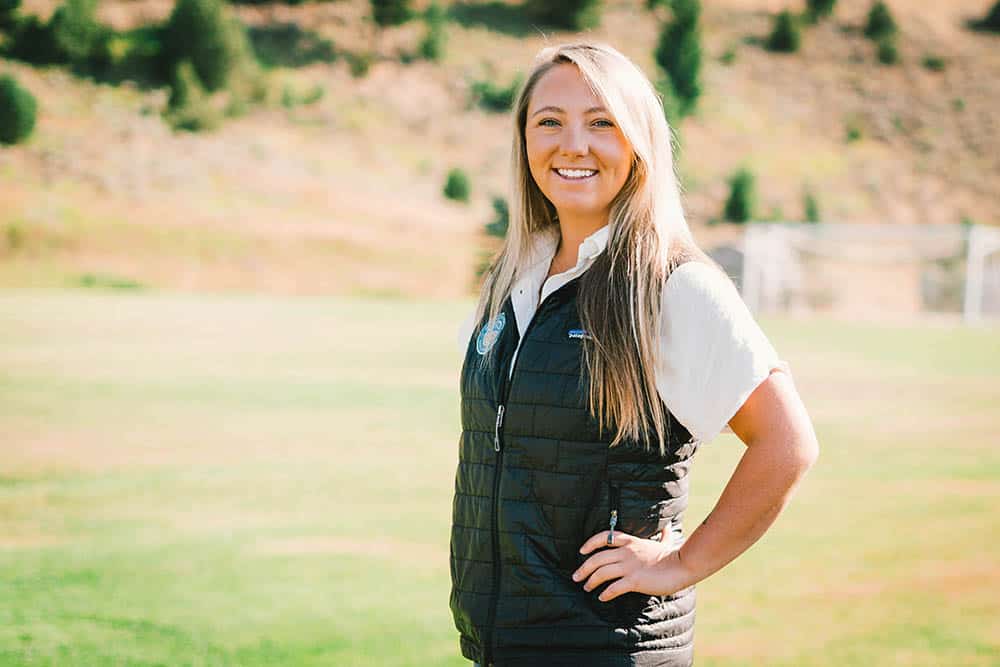 Cassie grew up in Connecticut and relocated to West Virginia in 2013 where she obtained her bachelor’s degree in Multidisciplinary Studies from West Virginia University with a focus in Business, Communication, Event Planning, and Sociology. Following graduation Cassie made the move to Big Sky in 2017. She began her career in hospitality at Big Sky Resort and joined the Big Sky Community Organization in October 2021. Outside of work, Cassie enjoys all things outdoors. Whether she is snowboarding in the winter or mountain biking in the summer her dog, Kipper, is never far behind. 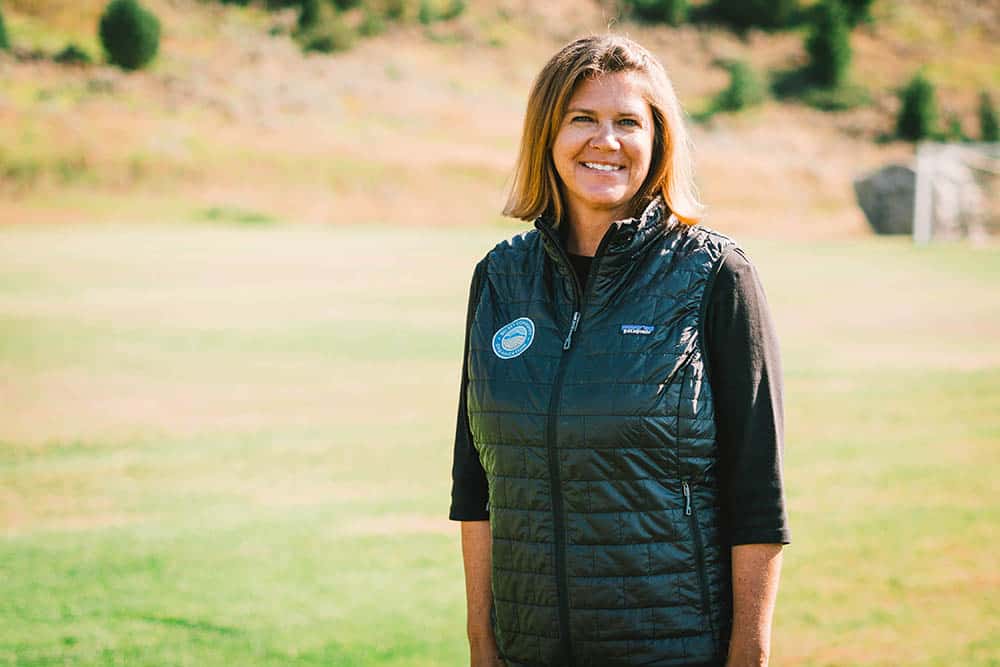 Sara comes to BSCO with 17 years of non-profit experience in Membership and Development for the conservation organization, Montana Environmental Information Center. Sara and her husband, son and dog have been visiting Big Sky for many years to ski, hike and bike, and made the move official in the Winter of 2018. She is excited to be a part of the Big Sky community and helping people connect with the amazing recreational opportunities this special place has to offer. 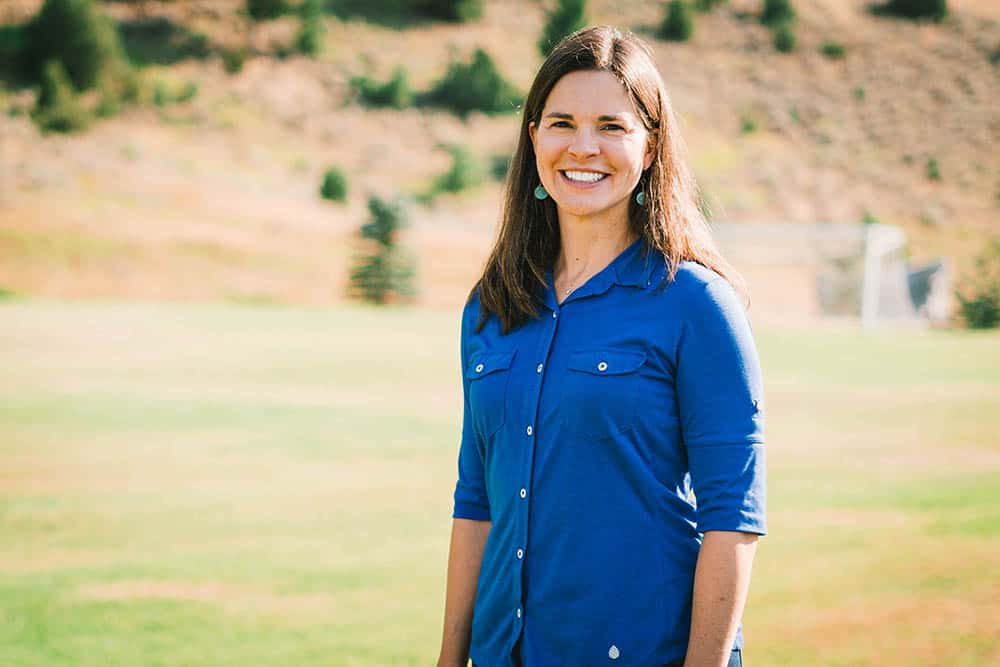 Originally from Indiana, Eileen moved to Montana in 1998 to attend Montana State University.  After receiving a bachelor’s degree in Health Promotions, she worked for non-profits including Eagle Mount and Young at Heart in Bozeman, MT.  Eileen received her Masters Degree in Occupational Therapy from Midwestern University in 2006 and worked as an OT for 16 years specializing in acute care, neuro rehabilitation, and outpatient orthopedic rehabilitation.  She is enthusiastic to return to her roots in community health promotion as the BSCO Recreation and Wellness Manager.  Eileen has called Big Sky, MT home since 2011 and enjoys exploring the surrounding rivers and mountains with her husband and 2 dogs. 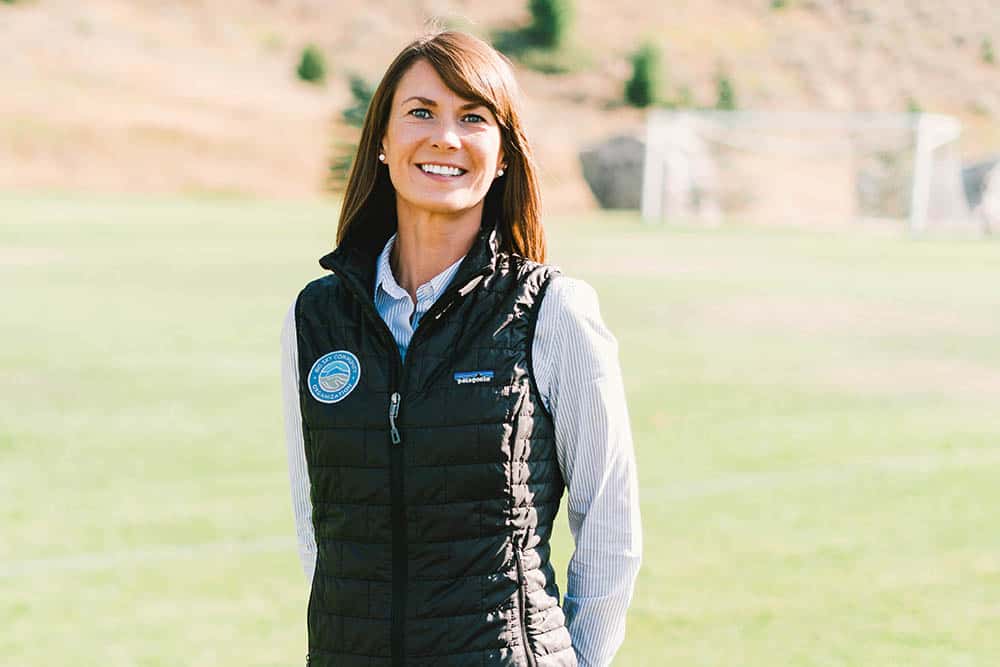 After graduating with a master’s degree in mathematics in Poland, Ewa (pronounced EH-va) found her way to London, and what was supposed to be a summer of practicing English turned into a seven-year career in high-end hospitality and as a brand ambassador for Diageo.

In 2011, Ewa embarked on an adventure through India, Thailand, and Niseko, Japan. On that trip, she first heard about Big Sky from a fellow traveler (and now husband) and visited for the first time in 2012. A decade later, Ewa is thrilled to now be working with the Big Sky Community Organization after many years as a community banker, a role in which she centered her presence in Big Sky by serving the people and hard-working businesses in town. An active community member, Ewa sits on the Board of the Arts Council of Big Sky, and when she isn’t out supporting Music in the Mountains and productions at the Warren Miller Performing Arts Center, Ewa loves cross-country skiing and snowboarding, hiking, biking, taking dance and yoga classes, and fun-filled game nights with her Big Sky family and friends. 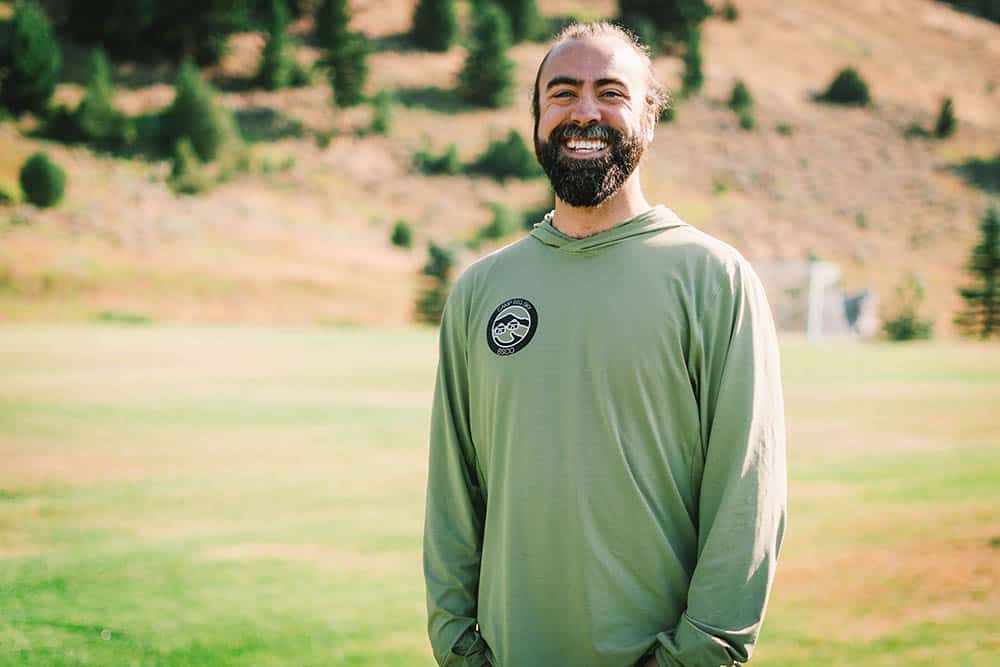 Richard Sandza grew up in Washington DC where he fostered a life-long love for summer camps. He attended a handful of day-camps growing up before starting Camp For Boys, LLC.  He ran Camp for Boys LLC for nine years before moving to Montana full time.  Richard has also worked with kids in many different jobs including ski instructing at Big Sky Resort. Coming off his 4th year instructing, Richard has spent the majority of his time working with the local program striving to instill a passion for skiing within the kids of Big Sky and Bozeman. Richard has also spent time as a swim instructor for toddlers and middle-school aged kids. With over 15 years of experience working with kids, Richard has seen it all.

Outside of work Richard enjoys living in Montana and experiencing everything this beautiful area has to offer. An avid skier, Richard has enjoyed testing and pushing his abilities both at the resort and in the backcountry. When not on snow Richard enjoys rock climbing, hiking, fishing, and camping. Richard looks forward to a great summer with Camp Big Sky and growing with the organization.

Carly hails from Grand Rapids, MI but has spent the last 10 years working with youth in Florida, Colorado, California, and now Big Sky, MT. Her previous roles as a nursery manager, pre-school teacher and camp manager have all prepared her to excel in her role as Early Childhood Programs Manager at BASE. She has kick-started new programs, such as Toddler Tuesdays and Little Sprout Yoga, which gives caregivers an opportunity to enjoy BASE offerings while kids are entertained with Carly’s programming. She will also be the Camp Big Sky program lead come Summer ’23. Both kids and parents alike rave about Carly–from her commitment to fostering positive environments to her understanding of the various needs of youth–Carly shines when kids are around. She creates a safe space where youth feel comfortable expressing their unique selves. When she’s not chasing kids at BASE, Carly enjoys climbing rocks, hosting dance parties with her co-workers and puppy Sazi, and cooking the yummiest of vegan dishes. She is excited to continue making childcare accessible for our growing Big Sky community.

BSCO manages 23+ miles of trails that are all multi-use and multi-directional.

= Groomed or plowed during the winter. Note: Ungroomed / plowed trails are still open & get packed down by use.

We are always looking at opportunities to increase parklands and open spaces while further developing public recreation amenities.

Get involved with BSCO

More Ways to Give